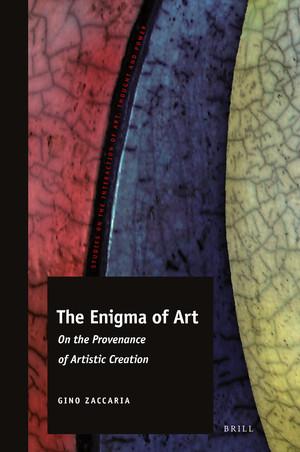 The word “aesthetics” does not suit our thought-path towards art as it “decides” in advance that the phenomenon of art is linked to “aesthetic circumstances”; that is, to phenomena concerning the sphere of sensitivity and sensuality; indeed, the “normal” acceptation of the Greek word αá¼°Ìσθησις is “sensation”. Based on this meaning, we are led to believe that a work of art is essentially an object that “strikes our senses”, that is to say, “influences” or has an “impact” on our immediate living by setting in motion and enhancing (or potentiating) the “vital values” of our existence in the world.

Thus, an “aesthetical” consideration of art leads us to think that the work regards, first and foremost, the sphere of what we might refer to as “the lived experience” or also “the lived impact”. Proof of this may be found, for example, in the “value of beauty” (or of “non-beauty”, i.e. of ugliness): that which is beautiful or ugly seems to strike us, or rather to “impact” us as living beings; therefore, it is the impact itself that we “live” or experience directly through our supposed “life force”.

Based on this understanding, the artist would be someone who only works “in the light” of lived experience (in the sense that he or she brings his or her own life “to light” so as to offer its “expressions” to the life of the “consumers” of his or her works). But here we suddenly become aware of a singular circumstance: beauty and the beautiful, or ugliness and the ugly, seem to dominate the sphere of art—but to the detriment of what? Answer: of truth and of verity. For, can the truth be indeed “lived”? Is “being-true” a trait that can be encountered in the form of an object of lived impact? If, for example, one realizes something to be true, or becomes aware of the trustworthy or conceivable truth of something, or, at a more profound level, if one experiences (suffers, undergoes) truth itself as a question (“what is truth?”, “what is verity?”), or even, at a greater depth still, interrogates the originary meaning of verity itself, well, could he or she “live” these “contents” and these perceptions and apperceptions? And if yes, in what way? No way, in truth, opens itself to our perceiving.

The thought-path we are building excludes the conceivability of “living” the truth. Hence, sticking to an aesthetic concept of art would force us to postulate that truth does not concern the play of art, and that art does not “play in the field of truth”. Rather, the latter would belong to other “plays”, such as pure and applied mathematics, science, engineering, technics, and so on. This, and nothing else, is conveyed by the word “aesthetics”.
And indeed, in a letter of Paul CeÌzanne to EÌmile Bernard (dated 23 October 1905), we find a sentence whose content cannot be accounted for within the scope of aesthetics. It states:

Here, veÌriteÌ en peinture, or “truth in painting”, does not mean something beautiful or ugly, or pleasant or well done, or even unpleasant, bad or repugnant, etc., but it solely and above all means something which is true, or rather “being-true”—or verity—itself. To CeÌzanne, truth is the first element in which pictorial creation and creatorship play, and by which they are nourished. Thus, we can say that “the true” plays in painting.

I owe you the truth—the verity—in painting, and I will say it to you!

In this dictum, the painter alludes to the fact that every art is, above all, a wording of the mother-speech; this implies that the usual “aesthetical” distinction between “visual arts” and “literary arts”, and so on, is spurious, and should, therefore, be abandoned.

Thus, CeÌzanne’s artistic project requires us to create and found an originary concept of aesthetics. An originary aesthetics would be a thinking about art that remains faithful to the “contract” between art and truth and verity, and that is consequently capable of constructing a concept of beauty in which the latter stems (or ascends) from truth (namely, as a question about, and an issue of, verity). This notion of beauty (i.e. beauty stemming from truth, verity) can be indicated with the word “avenance”.